Rébecca Chaillon is a performance artist, author, and director. Her article is a deeply personal account on the processes of racialisation and an artist’s pursuit to unpack, interrogate and confront them in the context of her art. In this powerful plea for artistic and personal emancipation, Chaillon deconstructs assumptions, mixes and overlaps identities, shares questions and personal victories intertwined with society’s reluctant transformations.

Chaillon wrote this article as a contribution to a book initiated by Décoloniser les arts, a collective that acts against discrimination of minority and postcolonial populations in the French arts sector. The book, Décolonisons les arts!, presents testimonials of fifteen artists as an invitation to denationalise, deracialise and de-Westernise the ideologies that still determine the arts world.

Compose in the masculine.

Recite Racine Recite Molière Work through Minyana, Novarina Speak texts and have texts in mind Talk about dramaturgy in Castelluci and Do audience workshops on the works of Fabre.

Thankfully, one day in my twentieth year, there was no longer any choice.

Even when written by a man, even when described by one – Robert Thomas – I had to represent women.

Through Eight Women, a work from the boulevard repertoire.

Theatre devoid of feminism, for someone like me who only believed in the Spice Girls and their Girl Power.

In the plot, the victim, a man, is absent, dead, and yet he is all the characters talk about. The eight women killed him with their lies, their greed, their desire. I thought to myself, these vice-ridden women are totally badass.

As for me, I strove to be feminist in a sexist play, imposing sixteen actresses instead of the required eight.

I silently pondered the whiteness of my team, since even Ozon, in his cinema adaptation, had cast one black actress… to play the nanny. I said to myself that for a start… For a start I was black.

I was a young black woman, an actress from Picardie who ran her own theatre company, La Compagnie dans le Ventre, who staged bourgeois Parisian theatre, who was at the head of a troupe of twenty people, who decided to direct so as not to be directed by someone else.

But even that, even doing my own ‘hodgepodge’ of classics, stretching lines, multiplying disciplines, even breaking down the characters, it wasn’t working. Later I met Rodrigo García and I decided to write stories about me.

To write them from top to bottom. Even if I didn’t know how to write, I was thinking.

The story of my elastic stomach, my second brain because the first one has too many hang-ups, and the story of my body that bears a suffering that my elders keep quiet about, of my ever-desiring mouth, of my heart that hopes to find comfort in the occult and my black skin that believes itself striped, with leather and chocolate, the story of my condition as a zebra.

I get my French mixed up in my Creole memories by compulsively recounting the violence of my world as a large young bisexual black woman from Picardy.

Performing, making a sacrifice of my body, letting spectators pass through me to let them tell their stories through my clichés, the clichés that have constructed my life. Whether I sought to cling to them or distance myself from them. Exposing myself frontally, fragilely and speaking of my private self to a mostly white audience. Danger or act of empowerment? Clearly, I opt for the latter. I reappropriate violence, I make it mine, I exercise power over it by filtering and sublimating it. And I sing Jocelyne Béroard after ripping apart a raw sea bream and devouring it, my legs wrapped in cellophane, a sequin-covered mermaid balancing on a bin, to speak of desperate love.

And I transform myself into a cannibal, wax heels and madras headwrap, sucking-licking metres of black pudding and tomato sauce on the naked body of my white female partner to speak of violent love.

And I invent astrological rituals, I read the Bible, I speak of Quimbois, I commit suicide with a banana to express my beliefs in love passed down from mother to daughter.

I do the chicken, the dog, the M’egg, the cake tin, the naked and raw-boned woman-piece of meat, and I expose every inch of my body to speak of desire.

And I scour myself with a steel sponge and bleach to speak of my skin-colour complex.

And I have my hair woven into huge braids by other black women to speak of sweet – and violent – sorority.

I always perform in the place that itches and splits me into many. My identity, my identities. What I took away from recent experiences in the world of antiracism activism through meetings with Amandine Gay, Sandra Sainte Rose, or the decolonial summer school. I ingurgitate it all gratefully and I try to find the right digestion on stage.

Why the term racialised?

It depends on where, it depends for whom, it depends for what. As I mentioned earlier, I describe myself as a large queer catholic non-disabled black woman, and in the activist context, I may also use the term racialised.

Because it wakes people up.

Because it is currently the term that most thoroughly states the problem I am concerned with.

It raises my statements into the spheres of reflection.

It speaks of the gaze upon me, that until recently I was unable to put a name to.

Because it took me time to understand that I was black while others saw I was well before I did.

I needed a word for this sensation.

I use it if I feel ready to explain what it means to the man or woman I am speaking to, otherwise I paraphrase.

I believe I was lacking this term.

When I use it, I like feeling the reaction it causes:

Either the approval of an activist like me, or a profound questioning.

This word, on its own, may educate people.

This word definitely causes debates all on its own.

It divides because it states things head-on. It scares people.

One day a few years ago, I was attending an important artistic gathering of African nations, and I met a black man who asked me where I was from.

I was returning from Burkina Faso for the fifth time in three years, my lovers were men of integrity, I was knocking back litres of beer in the heat like them, I was learning Mooré, the language of the Mossi people, I was no longer afraid on the mobylette, and I was wearing custom-made wax outfits.

I had found a place less sweet than my island. Less diluted, I found AAAAfrica with four A’s like a good andouillette, more intense than being Antillais.

I would regularly switch from being Picardian to African without passing through Uncle Dom’s French overseas department cabin.

He asked me again where I was from, I stammered, I stuttered, I whispered: Martinique.

The man, that day, told me that I should be proud of the island of flowers. That I should read Fanon Césaire.

Answer to the question:

Is it an acceptable answer?

Have I already mentioned my intellectual inferiority complex?

In these circumstances, action strikes me as simpler than thinking.

My recipe goes (or would go) as follows:

Free my colonised mind by pointing out the infected zones.

sometimes compel myself to have a duty of memory, oblige myself to understand my history, know what part of it I can carry, without stealing the narrative of my ancestors and the natives of my country of origin.

Without forcing myself to become a red banner when I always wanted to be a white flag.

understand colonisation and its effects

accept that it is not in the past, and that my art can be a lever.

Determine what colonisation has done to me.

Attempt to repair oneself on stage.

Come back to France.

And come back from France.

Change temporality. Create in slow motion and in silence.

Disorient the person who watches my rat. Break language. Remove words. No longer seek to make people laugh at any cost. Speak of belief, reinject the sacred. Create ugliness. Do away with external gazes.

Heat up and check the tip of my knife if the French rat is afraid. De-westernisation is underway.

Originally published in French as ‘En Digestion’ in the book Décolonisons les arts!, a collective book co-directed by Leila Cukierman, Gerty Dambury and Françoise Vergès and published by L’Arche Editeur in 2018 (ISBN 978-2-85181-945-1), as an initiative of the collective Décoloniser les arts.

Translated from French by Garry White.

Reprinted in translation by permission of the Author, collective Décoloniser les arts, and l’Arche Editeur. 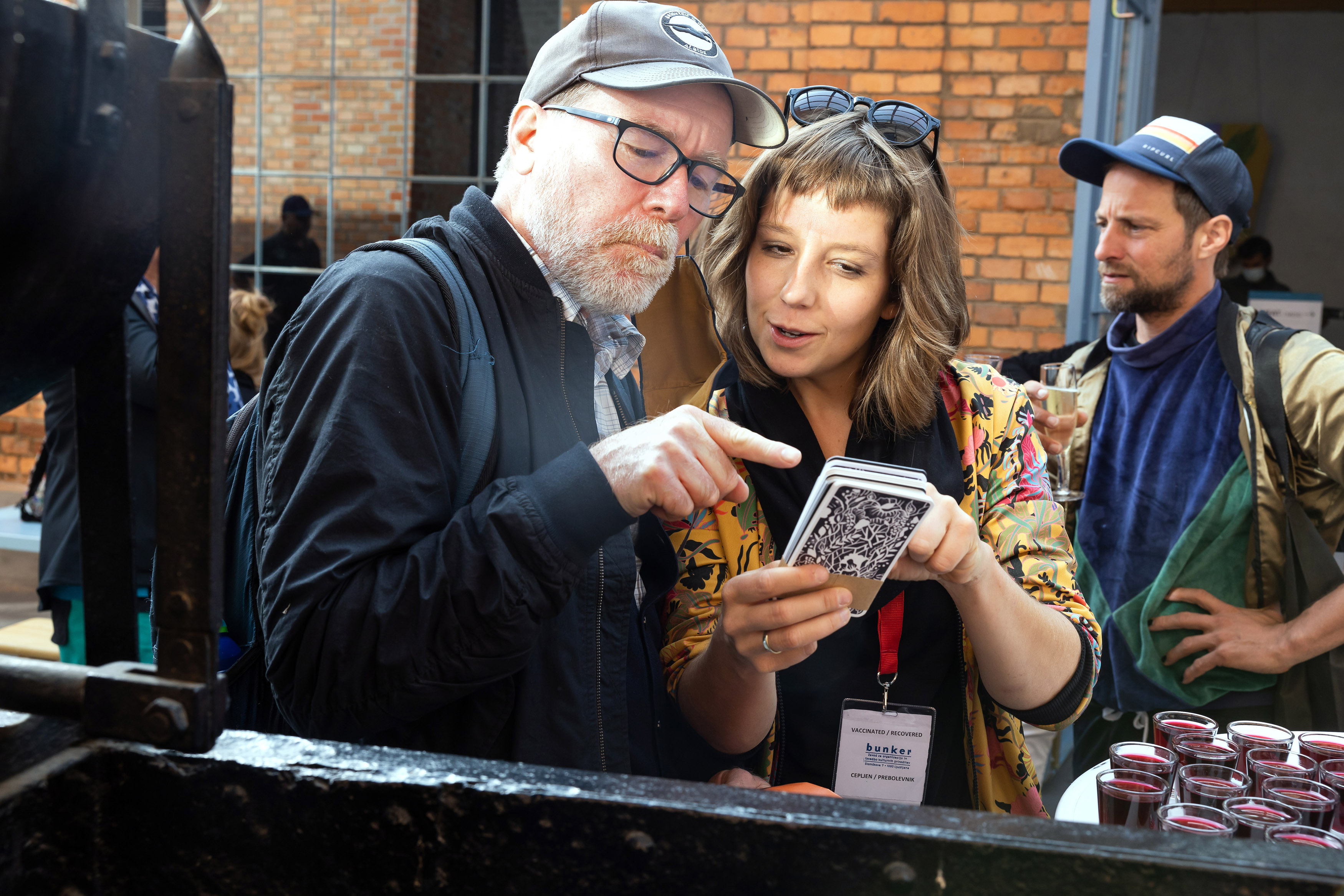 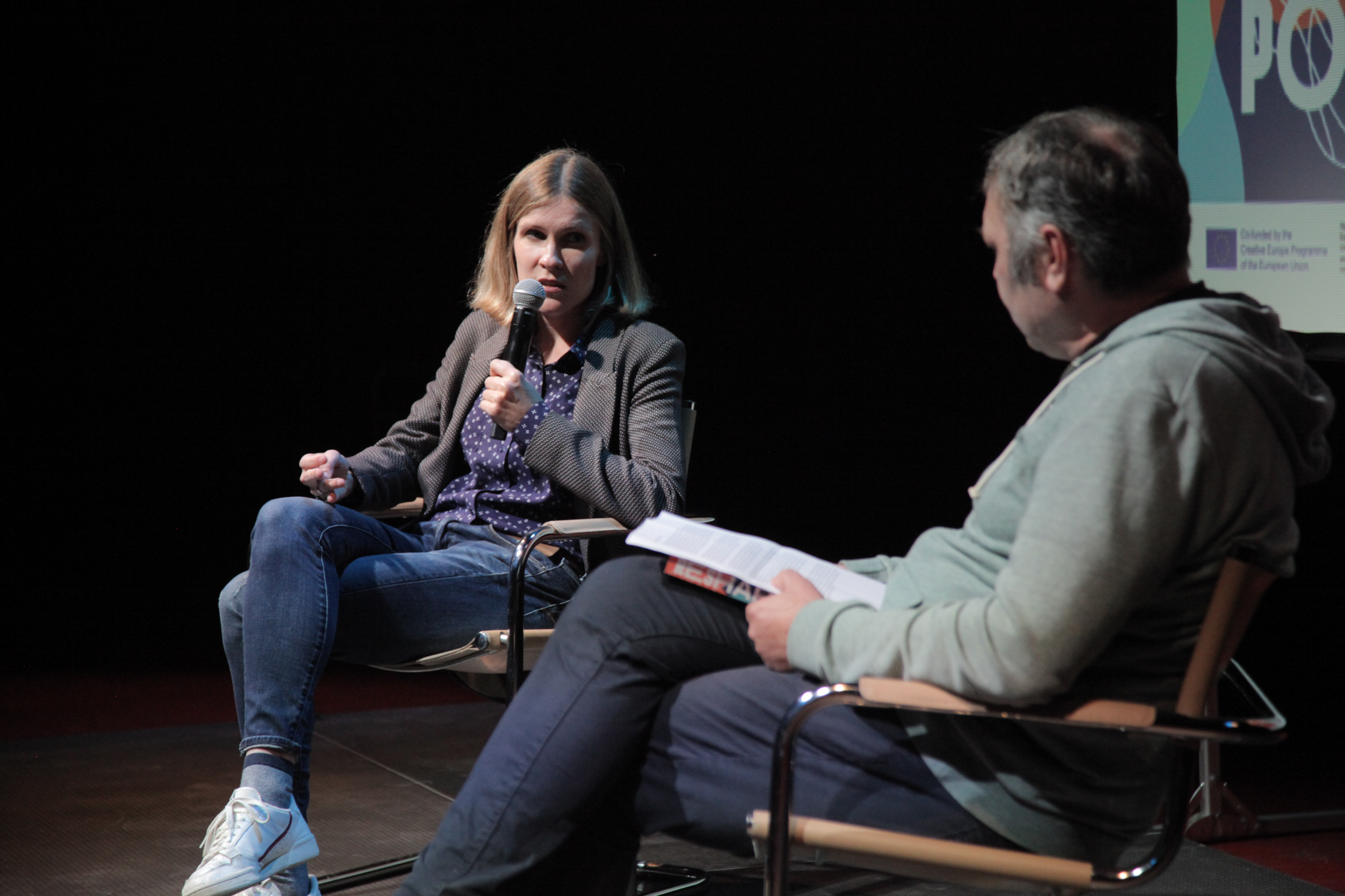 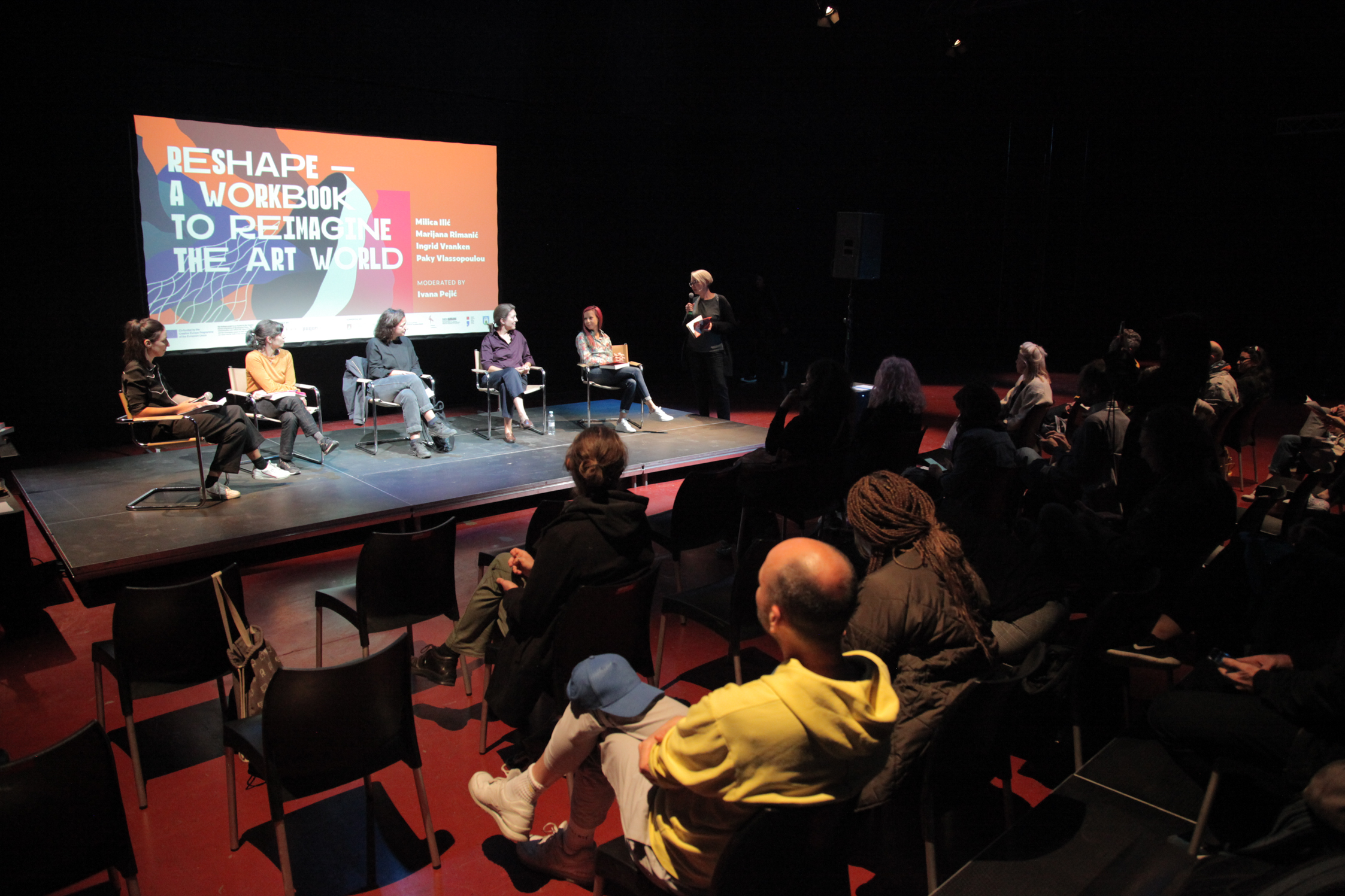